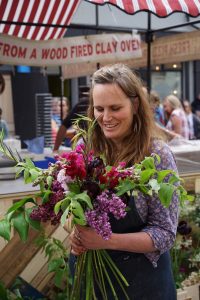 Clarey attended Queen Mary’s between 1987 and 1992. She has pursued careers in a variety of fields, working in costume design in film and television, then training as a primary school teacher. She set up an eco floristry business with her husband Barney in 2010, and has recently trained as a Forest Schools Leader, setting up her own Forest School in the grounds of her flower garden. She also volunteers for the charity Darlington Assistance for Refugees (DAR), which helps Syrian refugees settle in the UK. In 2019 she and a fellow Old Maryan, Kate Jenks (nee Morgan) drove to the Greek island of Lesbos with donated clothes and equipment for refugees who had sailed to safety in Europe from Afghanistan, Syria and other countries.

Clarey lives in North Yorkshire with her husband Barney, twin boys Leo and Kip and daughter Faith. We spoke to Clarey about her time at Queen Mary’s and the influence it has had on her life.

I remember being shown into the classroom on my first day and being seated next to Emma Gillam, whom I knew vaguely. I walked in feeling terrified that day and so nervous, but Mrs Ridley the English teacher was so kind and everyone else so friendly that I left buzzing and raring to go back the next day.

Can you describe your time at school?

It was completely magical – Queen Mary’s was amazingly unique: it was such a happy, free and adventure-filled place it really barely felt like school some days. I started as a day girl but soon begged my mother to board as everyone was having so much fun and I didn’t want to miss out. I then became a weekly boarder, but before long was begging to stay at the weekends too! 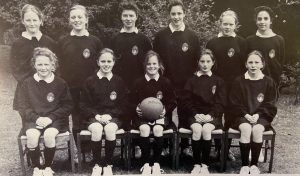 Does everybody say Mr Burnham? I found him terrifying and mind-blowingly amazing in equal measure. One minute he would be writing something on the blackboard and then he would turn around and be Henry VIII in full character. His lessons were unforgettable.

Mrs Hopkins was also brilliant. She was so maternal, kind and friendly. I remember helping her to hatch out some chicks which I then took home with me when they got too big. I’ll never forget her coming to the rescue of my pet hamster – Katie Gormley and I had set up an obstacle course for it, when unfortunately a rock fell on it and broke its leg. We rushed to Mrs Hopkins who made a splint with a matchstick and some micropore tape and fixed his leg! Pet Club was a huge part of our lives at school, it was wonderful being able to have our own animals to look after and visit at break times… I remember Tessa (Buchanan-Jardine) even kept her pet lamb at school – until he got too big!

What was the biggest lesson you learned while at school?

Mr and Mrs Belward ensured that Queen Mary’s was a really inclusive, open and tolerant place. They welcomed all the girls with open arms, ensuring that we all grew up without seeing differences that in other schools are made so obvious. They really espoused kindness and inclusivity and I think we all took those important lessons that they taught us each day into our adult lives.

Do you keep in touch with any of your friends from Queen Mary’s?

Yes!! Some of those girls I sat with on that very first day are still my best friends like Kate Jenks, Katie Gormley, Georgie Peel,  Emma Lindfield, Jessica Greensit and Harriet Staveley. 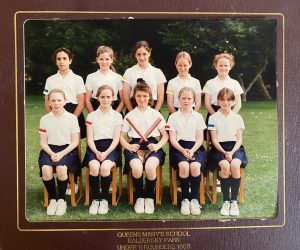 What did you do after leaving school?

I’ve had a rather varied career! After reading English and American Literature at Manchester University, I moved to London and started working in costume for film and TV. I did this for about four years working on films like Pirates of the Caribbean and Troy; one of my jobs included Love Actually, where I made the whale in the nativity scene and the glitter T shirts for all of the children!

I then moved to Devon and trained as a Primary School teacher. After I had my twin sons, we moved up to Yorkshire and my husband and I decided to set up our own business together – Manor Garden Flowers, an eco floristry business. I trained as a florist and my husband was the grower. We did lots of fantastic events, including weddings, installation pieces for Chelsea Flower Show and magazine work but as we grew more successful, the work became increasingly difficult to balance with family life. What was easy to juggle with small children became more difficult when the children wanted to do more activities at the  weekends and to see friends during the school holidays, as these tended to be the busiest times for weddings. Also, the ethos of our business was that of eco-friendly flowers, but with the advent of Pinterest and filtered images on Instagram, some of the requests for bridal flowers became unrealistic and impossible to fulfil with home-grown blooms. 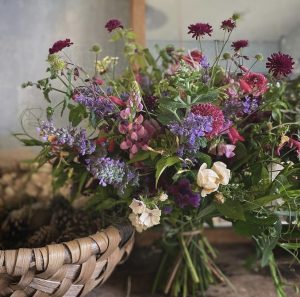 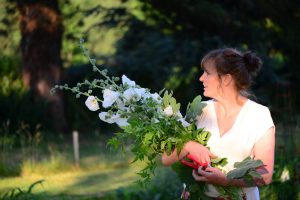 In a change of direction, I’ve recently re-trained as a Forest School leader. I’ve passed my training and am setting up my own Forest School in the walled gardens where we ran our floristry business.

What have been your biggest obstacles?

I think I’ve been my biggest obstacle! My organisational skills are not brilliant and I really want my children to be more organised than me, because I often feel on the back foot. I think it’s really important to try to get into good habits from a young age and to keep on top of things, as it makes life so much easier in the long run.

Please can you tell us about your role as a volunteer for DAR (Darlington Assistance for Refugees) and how you got involved with the charity?

A friend was already working for the charity and she introduced me to a lovely couple whose two children had very sadly died, during a bomb attack in Syria. She asked me if they could come to the garden for some respite once a week. The gentleman had been a beekeeper in Syria and sometimes he would do a little bit of gardening, and other times he would just sit and think. That got me started with the charity and I became a mentor to the couple until they moved elsewhere in the UK.

I then mentored another Syrian family, whose son died while he was at school in Damascus – also due to a bomb attack. They came to the UK with their three children and had a new baby. As a family mentor I helped them apply for Jobseekers Allowance, read their post for them and helped them settle in and deal with school issues. Now they are more settled, this has developed into more of a friendship. I’ve recently become head of fundraising for DAR so if anyone would like to donate or help please get in touch! 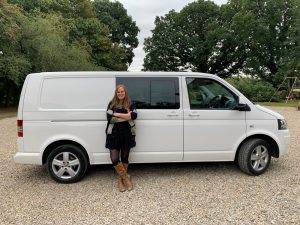 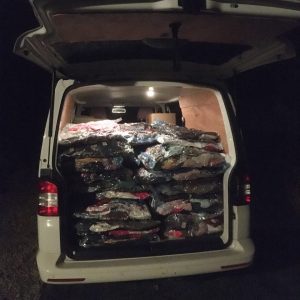 Please can you tell us about your trip to the refugee camps in Lesbos in summer 2019? What instigated your mission?

My godmother’s daughter volunteers in Lesbos, driving rescue boats and picking up refugees who are stranded at sea. I was talking to her and she was explaining how desperate the situation was out there. Rather than money, they needed clothing, basic essentials and equipment – but when I looked into organising a shipment container it was really complicated, so I decided to fill my florist’s van with supplies and drive it out to Greece.

With the help of DAR I appealed for donations and received so many that I was unable to take them all with me, so was able to donate some to other charities. I emailed my friends to see if anyone was keen to come with me, and three of us went – one was another OM, Kate Jenks (nee Morgan).

It was an amazing and life changing trip which I will never forget. It was very harrowing and upsetting to see what was going on. We witnessed families landing on Greek soil, grandparents, children, mothers with babies in their arms full of joy, hope and relief thinking they had reached a ‘promised land’ of safety and freedom only to be shipped off the next morning to one of the worst refugee camps in the world. They didn’t know it then but the earliest they would even have their case heard would be two years from the day they arrived so until then they would be stuck in a living hell. Very sadly the situation is now even worse than it was a year ago.

If you could go back in time and have a conversation with a 13 year old you, what would you say to yourself?

I would tell myself to make the most of my time at school and take every opportunity to learn, experience and remember every moment good and bad, and hang on to my friends as they will prove to be so important to me later on in life. As far as education goes, I would tell myself to explore different subjects and not just go for the easy ones that I might be good at. Sometimes you learn more by choosing things that are more difficult.

I would also make sure that I told myself that it’s ok not to know what you want to do in life and have things all mapped out by the age of 13. I believe we are constantly learning and evolving and therefore I’d like to tell myself that it’s fine to try lots of different jobs and careers before finding the best fit and not to fret that it might take a while (42!!) before feeling grounded and settled.

To learn more about or to donate to DAR please go to https://www.darlingtonrefugees.org/ 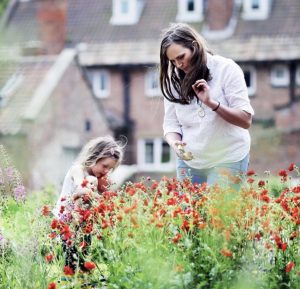