Known to her opponents as “the smiling assassin”, Elspeth has recently been appointed 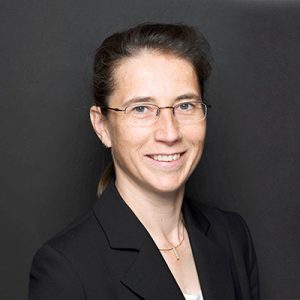 Described as ‘a formidable litigator, with a voracious work appetite’, we asked her how much impact her formative years had on her life and career. She attended Queen Mary’s between 1979 -1982.

I have so many memories – where to start – this is all at Duncombe Park:  the Stone Hall, running around “the Square” before breakfast every morning (twice if you’d been naughty the night before – known as being given “a double”), building dens in the woods, scraping ice off the inside of the window in our dorms in the mornings, swimming in the unheated swimming pool, changing in the old stable block (which were our swimming changing rooms).  Friends.  Fun.  Stopping in Thirsk at the sweetie shop on the way back to school and buying contraband tuck (particularly bars of toffee) to smuggle in.

How would you describe your time at the school?

My time at Queen Mary’s was incredibly happy.

Mr Burnham (I still have his history notes!)

Miss Hepworth, who started my lacrosse career (which peaked when I captained the England Under 21 side)

Mr Carter, who encouraged my musical activities. This resulted in me receiving a music exhibition to my senior school, going on to getting into the Brighton Youth Orchestra and ultimately to travelling the world playing concerts

Mrs Griffiths was also an excellent teacher who treated us as adults (which we were not) and persevered with trying to make us understand English and Latin. I went on to land an A in English at A level (I think she would be amazed!)

What was your favourite subject and why?

Riding with Mr Barker – the highlight of the week for all of us I think; Lacrosse, and Piano with Mrs Armour. The work stuff was important, but the focus for me was the fun. 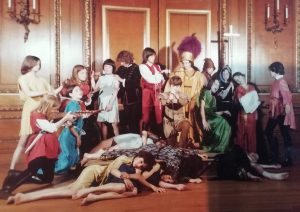 Do you have any funny stories about your time at school?

Winding up Miss French, the matron, by hiding in a cupboard after lights out (which resulted in my being awarded a double if not a triple)

Nancy Balfour getting Black Beauty switched off the telly: as a treat, we were all watching Black Beauty in the television room in the dungeons (as we called them).  You could hear a pin drop.  We were all transfixed.  Mr Burnham was supervising, standing behind the closed door, which suddenly burst open.  It was Nancy Balfour, full of energy.  She took one look at the telly screen and, not seeing Mr Burnham behind the door, shouted “What’s this rubbish?” The telly was promptly turned off and we were all sent to bed. We were distraught.

Kindness, integrity and teamwork (and eating everything on your plate)

I read Law at Durham, went to bar school after that, did a pupillage in chambers in London and stayed on to practise as a barrister after that.  The rest is, as they say, history.

What were the biggest obstacles you encountered?

I’m very lucky and I can’t think of any.

What advice would you give to someone wanting to embark on a career in your industry?

If you want to do it, set your mind to it, work hard and do it.  Don’t be daunted.

What are the best parts and hardest parts of your job?

The best part is feeling that you’ve done the best you possibly can for your client, and having been able to answer all the judge’s questions.

The hardest part is finding enough time for everything.

If you look back now at your school days, what would you tell a 13 year old you about your time at school and your life ahead of you?

How would you sum up Queen Mary’s in one word?

Life-shaping (with a hyphen to make it one word!)