Award-winning journalist and acclaimed writer Madeleine Bunting attended Queen Mary’s at Duncombe Park from 1972 – 1974. She studied history at Corpus Christi, Cambridge and was awarded a Knox Fellowship scholarship to Harvard in 1986. Since then she has received numerous awards and prizes, including an honorary fellowship from Cardiff University in 2013,  a visiting fellowship at Manchester University (2016-19), as well as  several One World Media awards for her journalism on global justice. In 2021, she was made a Visiting Professor at the London School of Economics.

After spending 25 years writing for The Guardian, covering politics, social affairs, faith and global development, Madeleine is now a full-time author of both fact and fiction.

Her book Love of Country was shortlisted for the Wainright and the Saltire Prizes 2017, she won the Portico Prize for The Plot in 2010 and her first novel, Island Song, won the Waverton Good Read Award in 2020. Madeleine’s latest book, Labours of Love, the Crisis of Care, published by Granta Books was longlisted for both the Orwell Prize for Political Writing 2021 and the Baillie Gifford Prize 2020. Her latest novel Ceremony of Innocence has just been published in hardback.

Madeleine now lives in East London and has three children.

Known to her friends during her school days as Clare, Madeleine changed her name at the age of 17. We asked Madeleine a few questions about her time at Queen Mary’s and the impact it had on her childhood and career.

I was eight years old when I went to visit Duncombe Park with my parents and I vividly remember the occasion: I wore my best dress and stood in the vast stone hallway, absolutely stunned by the scale and architecture of the building. It was a spectacular place to be educated. I can  recall the sun pouring in through the long windows, the honey-colour of the light in the gilt and wood salon hall and the dust molecules that danced in the sunlight: it was an aesthetically inspiring place to learn and really fired my imagination.

Duncombe Park was also my introduction to huge landscapes – I will forever associate Autumn with rosebay willow herb, the rushing river, the long terraces, the abandoned orangery and the view over the valley and golden leaves.

What do you remember about the school uniform?

We seemed to need an absurd amount of uniform. We even needed a separate uniform for exeats,  just for going to Helmsley with our parents – all my uniform was second hand and very old fashioned. I loved the summer exeat uniform of a pale blue silk dress with cream collar, while the winter exeat uniform consisted of a fawn twinset!

Do you keep in touch with any Queen Mary’s friends today?

My closest friends were Fenella Dick (Fenzo) and Nicola Pepper – ironically, despite our mutual loathing of riding – the three of us loved to play  ‘horses’ every break time, ranging through the woods and along the terraces. Sadly I lost touch with them but would love to hear from them!  Rosie Alison got in touch with me a few years ago and we have rekindled our friendship and I see her regularly; she is now a film producer and we were reminiscing about Queen Mary’s just the other day and giggling about the revolting, large brown knickers we had to wear under our uniform. In an old school photo, we are standing side by side in the long row of little girls; she is my oldest friend.

Which teachers inspired you during your time at school?

Queen Mary’s had some rather eccentric teachers in those days – and the teachers at my next school were so dull and bland in comparison. While I had some painful and difficult times at Duncombe Park, it made a huge impression on me in very positive ways. No other school was so exciting and stimulating.

Mr Burnham was an incredible inspiration and unquestionably his impact on my learning was enormous: his illustrations brought history to life, making it  fun. Perhaps I would have always studied History due to my family background, but Mr Burnham definitely sparked the flame.

He noticed that I was an avid reader and introduced me to some extraordinary literature. He set wonderful essay titles – in my final summer exams the English essay question had to end with the sentence: ‘Just as he was about to pull the trigger a pink blancmange fell on his head’ – I wrote screeds in that exam but scored only 6.5/10 because in being so eager to tell the story, I had failed to include a single piece of punctuation. He wrote in my final report  that I was ‘leaving in a blaze of glory’, and his endorsement gave me a sense of belief in myself and fired me on for years.

He inspired in me a love of stories –  I glimpsed in him an expansive creative freedom that only now do I feel I can express in my book writing.

How did you embark on your writing career?

From the age of eight I knew I wanted to write, but it was not until I volunteered in Sri Lanka at the age of 19 and witnessed terrible riots that I realised that I wanted to try and understand what was going on and I decided to become a journalist.

After reading History at Corpus Christi, I was awarded a Knox Fellowship to Harvard. My journalism career started at the Investor’s Chronicle, then I moved to a TV production company, and joined The Guardian at the age of 24, where I remained for 25 years, working as reporter, leader writer, columnist and Associate Editor. In 2013, having written three books during my time at the paper, I decided to leave to concentrate full time on book writing which I find very satisfying. I then branched out into fiction for the first time.

What have been the biggest obstacles you have faced in your career?

Lack of self belief made me slow to get into fiction. I found it difficult to believe I had anything original or of value to say.

The turning point was me thinking ‘What the heck, I’ve met the expectations that other people have set me, now it is time to free myself and do what I have always wanted to do.’

I’m quite hard on myself: I have no time for careless, flabby writing – I demand high standards of myself because I don’t want to waste a reader’s time. I only ever want to do the best I can.

What advice would you give to someone wanting to be a writer?

Anyone who wants to be a writer has to be a reader. This will help you develop an awareness of what kind of writing is good.

Today there is so much access online to all sorts of different types of writing which is fantastic. When I was younger, it was so limited. I remember begging my mother to get a daily newspaper and she bought me The Times, but it was so daunting, I didn’t really know how to read it. Today young writers can publish via blogs and social media which makes it much easier to get their voice heard.

How would you approach a career as a journalist?

There is a big difference between being a  journalist and a writer : as a journalist, it’s all about being savvy. Never take no for an answer.  You need to be curious, tenacious and to follow all leads . Searching for knowledge is the principle of journalism and if you are thinking about a career in this field, you need to ask yourself what it is that you find compelling and interesting.

Working to deadlines is another important skill for a journalist. The advantage of having a deadline is that you can’t afford to be scared of the blank page!

Madeleine’s latest book, Labours of Love, the Crisis of Care, published by Granta Books is out in paperback.  It has been longlisted for both the Orwell Prize for Political Writing 2021 and the Baillie Gifford Prize 2020. Her second novel, Ceremony of Innocence, also published by Granta, is out now in hardback. 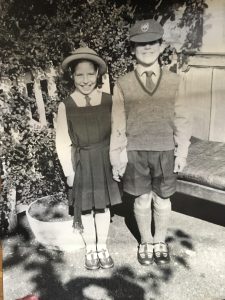