Welcome to the first of a series of interviews with OMs who have pursued careers in a variety of fields.

We spoke to film producer and novelist Rosie Alison, who produced the Paddington films, The Light Between the Ocean, A Testament of Youth, and the newly-released The Secret Garden, set at Duncombe Park.

Former Queen Mary’s pupil Rosie Alison read English at Keble College, Oxford. She is a film producer, producing among others, the highly acclaimed The Boy in the Striped Pyjamas, The Light Between the Oceans, Testament of Youth, The Secret Garden and the Paddington films.  Before this she spent ten years directing TV documentaries including the South Bank Show, and Grand Designs. In 2010 she published her first novel, The Very Thought of You, (shortlisted for the Women’s Prize for Fiction) inspired by her time at Duncombe Park which she attended from 1972 to 1975. She lives in London and has two daughters, Lucy a trainee barrister, and Daisy, an actress, known for her role as Margot Durrell in The Durrells. We spoke to Rosie about her career and the impact of her school days at Queen Mary’s.

What were your first impressions of the school?

It was the most extraordinarily beautiful place. As a small child, I felt lost in the landscape, with no sense of anything existing beyond it. Apart from the occasional letter, I had no contact with the outside world. I can still see myself standing in the stone hall with the saloon doors open, the view of Father Time on the lawn on one side, and the vista of the Park Plain in the other direction, feeling utterly suspended in both time and nature. That statue of Father Time remains a touchstone in my life.

What sort of impact did your time Queen Mary’s have on you?

The sense of architecture and how it related to landscape made a lasting impression that has haunted me ever since – and the immersion in the beauty of the grounds has really formed the bedrock of my creativity. I filmed my latest film, The Secret Garden there, The Thirteenth Tale was filmed there and I based my novel, The Very Thought of You on Duncombe Park too.

In comparison, my next school just felt like an exam factory, but I carried with me the spark that had been instilled at Queen Mary’s. I still remember with gratitude the place that inspired in me a love of creativity.

Who were the influential members of staff?

Mr Burnham was absolutely exceptional – I never had a teacher as good as him throughout the rest of my schooling. He inspired in me a lifelong interest in literature, poetry, classical music, drama and imagination. I developed an extraordinary sense of spirit of place while at Queen Mary’s and loved film, wonder and nature, which was all seeded by Mr Burnham’s inspirational teaching.

I remember his first lesson in which he asked us to write an imaginary conversation between the stone lion and the unicorn that stood on huge stone pillars at the gates. His lessons were so entertaining, and the plays he wrote were fantastic: he really was the epitome of an inspirational teacher.

Did you always know what you wanted to be as a child?

I was very vocational and knew I loved film. At Queen Mary’s were rarely allowed to watch TV but we were allowed to watch the BBC’s Sunday afternoon film. And there were also occasional film nights with a projector and screen where we came downstairs with our eiderdowns and sat on the saloon floor. It’s as if I can still see every frame of those films we watched. From the age of eight or nine I knew I wanted to work in film and became a complete anorak about culture, dance, film and theatre. I followed my enthusiasms and it somehow worked out for me, so I have been very lucky.

How did you get into directing and producing?

I got into directing plays while at Oxford, and then applied to study at the National Film School, but they told me I was too young and to reapply the following year. I worked first at Waterstones, then got a job on the South Bank Show, which was a hugely creative environment and gave me fantastic training in all areas of directing, including camera work, lighting and sound. This diverted me from going to film school, as I enjoyed making documentaries instead. It also gave me a wonderful opportunity to meet fascinatingly creative people such as Seamus Heaney, John Osborne, Edward Albee, Martin Amos and Sylvie Guillem. After working freelance in BBC Music and Arts (Omnibus and Bookmark), then on Grand Designs, I was approached by Heyday Films (the production company behind Harry Potter) where a development role came up.

What does your role as producer entail?

At Heyday we do what is known as ‘creative producing’ – it’s not just budgets and logistics. We find an idea – whether it’s from an article, a book or a premise – then attract a writer and a director. We work with writer-directors or match material to a writer and a director. My role is a constant conversation between the screenwriters, directors, casting directors, location team, set and costume designers and cinematographers. I’m on set for the shoot, then I view the edits, watch the cuts, oversee the posters and publicity, the messaging behind the film – essentially I follow the full journey. Every day is varied and I can’t recommend getting into TV or film enough: it’s so creatively fulfilling, exciting and I love it.

What advice would you give to someone wanting to pursue a career in this sector?

As a child, nobody ever told me that a job like mine ever existed, it seemed about as far from North Yorkshire as I could have imagined.  For me it was a gradual understanding that my dream to work in this arena was actually reachable. For anybody  looking for tips, there are no exams to pass, what gets you into this industry is absolute passion, knowledge and enthusiasm. The TV and film industry is full of idealists who are enthusiasts. I would advise people to try all aspects – editing, production and design as there are so many creative outlets within this industry.

What are you currently working on?

We have just started working on Paddington 3 which is very exciting and will be filmed, we hope, in 2021. I loved Michael Bond’s books as a child and the films just seem to resonate with so many people.

Rosie’s latest film, The Secret Garden is currently on release in national cinemas and available to view on Sky Cinema. 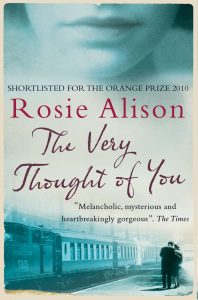 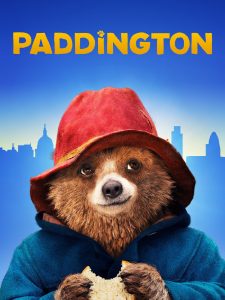