First prize with Distinction was awarded to the Queen Mary’s Senior Choir in the Year 11 and under Choir Class, while the Year 3 – 4 Choir and Pre-Prep Choir won second prize, the former also with Distinction. 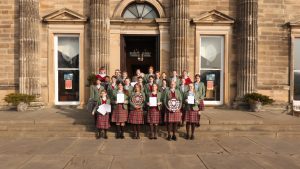 Former pupil and ex Queen Mary’s Music Scholar, Grace Hughes, also won two awards, including the Advanced Open String Solo Class and Concerto Class both with Distinction and has been invited to perform in the Northern Aldborough Festival.

Sarah Holloway Lloyd, Director of Music at Queen Mary’s School said: “I was very proud of how all the pupils performed and it was lovely to see their hard work and talent recognised.”

With outstanding Music and Choral provision, Queen Mary’s School is proud to launch an enhanced Music Scholarship Programme and Senior Choristerships for children in the area. 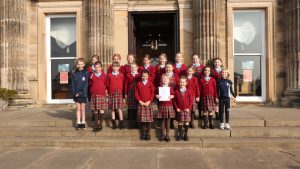 At Queen Mary’s, many girls achieve Grade 8 in multiple instruments before the age of 16. Soprano, Emilia Jaques, was the BBC Radio 2 Young Chorister of the Year in 2018 and many other Old Maryans have become professional musicians including Alison Dalglish, viola player with the Orquesta Sinfónica de Galicia in Spain.

Carole Cameron, Head of Queen Mary’s School, is delighted: “Congratulations to all our musicians and singers who took part in the Festival. We are now looking to support more musicians and singers in the area, opening up the opportunity for more girls to benefit from the abilities and skills of the inspiring Director of Music, Sarah Holloway Lloyd and her team within our Music Department.” 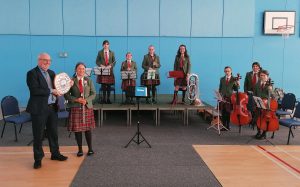 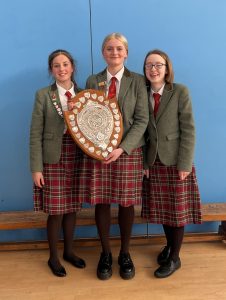